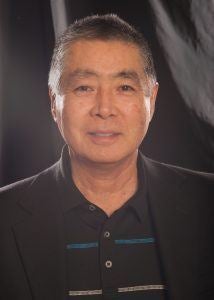 Sunny began his career in the early 1980s as a tax accountant. First with Arthur Young & Co in San Francisco, California, and later with Peat, Marwick, Mitchell & Co., in his home town of San Jose, California.

This accounting background served Sunny well when he came to Sacramento in 1985 to join Wohl, Cinnamon & Hagedorn, a law firm which featured an emphasis in business, corporate, and taxation law. In 1998 Sunny and Michael M. Cinnamon, another former accountant, formed the law firm of Cinnamon & Dobashi, Inc.

The credo of Cinnamon & Dobashi, Inc., was and continues to be, to provide legal advice in the context of business realities, rather than in a vacuum of legal theory.

In his spare time, Sunny enjoys playing golf with his wife Nickie both at their home course here, and at their adopted second home course in Kauai, Hawaii.

Past Lecturer at Golden Gate University Graduate School of Taxation

Thank you for contacting us. We will get back to you shortly.

Please complete all required fields below.

“Everyone we dealt with at HMS was very professional and helpful. We would recommend HMS to a friend or family member.” Jeff and Cori S.

"The level of service, trust, understanding and genuine caring cannot be surpassed! I know my family is in the best care possible with HMS Law Group." Lois M.

"I feel I entered as a client and am leaving as a friend." Carole C.

"Overall, it was a very educational and informative experience. It was worth every dollar spent. I totally recommend HMS Law Group LLP." Trudy