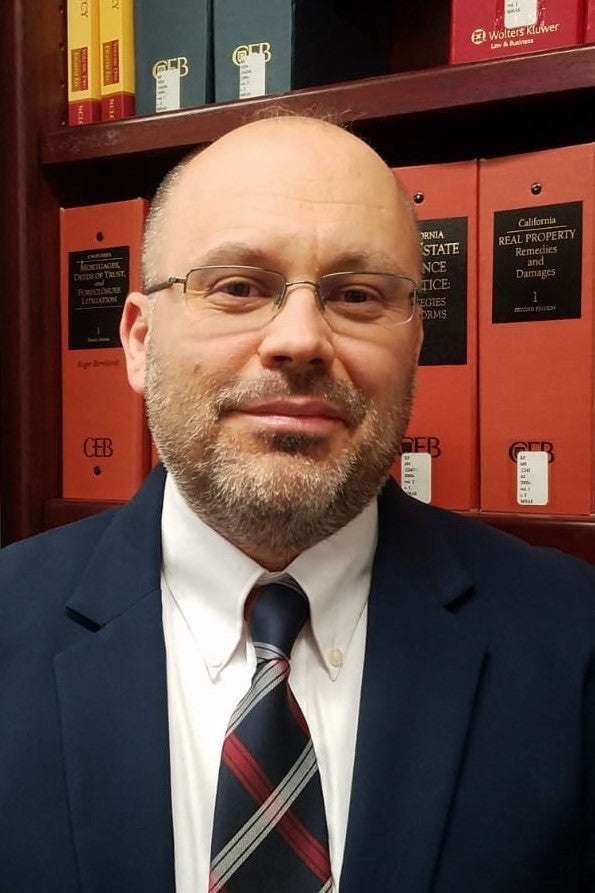 While with the federal judiciary, Val prepared over 25,000 written dispositions, including thousands of dispositions in complex bankruptcy and business disputes.  Prior to that, he worked as an attorney at Wendel Rosen LLP (formerly Wendel, Rosen, Black & Dean, LLP).

In addition to bankruptcy-related matters, Val enjoys working with business owners, helping them grow and preserve value in their businesses.

Val has lived in the Sacramento area for the majority of his life.  His passion is relationships, people, and outdoor activities.

J.D., University of the Pacific, McGeorge School of Law, With Distinction

Thank you for contacting us. We will get back to you shortly.

Please complete all required fields below.

“Everyone we dealt with at HMS was very professional and helpful. We would recommend HMS to a friend or family member.” Jeff and Cori S.

"The level of service, trust, understanding and genuine caring cannot be surpassed! I know my family is in the best care possible with HMS Law Group." Lois M.

"I feel I entered as a client and am leaving as a friend." Carole C.

"Overall, it was a very educational and informative experience. It was worth every dollar spent. I totally recommend HMS Law Group LLP." Trudy